Writing- the Ups and Downs 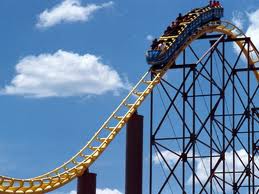 Scream or enjoy the ride?

Last week started with a high of one of my micro short stories got on to the longlist of the National Flash Fiction Day competition Woo hoo! But this was swiftly followed by a low when I didn’t make it to the shortlist. Boo hoo! The blip was soon forgotten by a much bigger high of receiving a Special Merit in the Inspired? Get Writing! Competition run by the National Galleries of Scotland in partnership with the English-Speaking Union and the Scottish Poetry Library. The competition was launched seven years ago and invites writers of all ages to have their imagination fired up by works of art in the NGS collection. This year, the competition attracted more than 1,200 entries from all over the world. 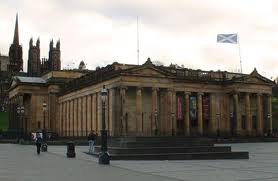 I decided to have a go at the competition following a visit to the revamped Scottish National Portrait gallery on a trip to Auld Reekie just before Christmas. I’d forgotten all about the story I’d entered so I was well chuffed to receive a letter saying that my story was in the top ten of the entries for the Adult Prose category. The letter also invited me to the NGS to receive my award and hear my story at a public reading of the winning stories and poems followed by a drinks reception, dahling!

Hubby and I decided to make a day of it with a trip to the galleries and a meal (any excuse to stick my head in the nose bag) before mingling with the Embra lovies. The event itself was brilliant!

I was presented with a certificate from Edinburgh’s makar, Ron Butlin then I sat back and waited for my story to be unleashed on to the public. I was nervous. Looking round the packed lecture theatre I worried that the rich vernacular language I’d used wouldn’t go down well with the cultured crowd. I was also concerned that if the story was read out in a RP accent it would curl up and die. I needn’t have worried. Lorna, a former actress who now works for the Scottish Poetry Library, ‘performed’ my story brilliantly and really brought it to life by creating comedy and pathos. The audience laughed in all the right places and I finally relaxed and enjoyed the rest of the evening, basking in the amazing experience of watching a highly skilled performer reading my words. 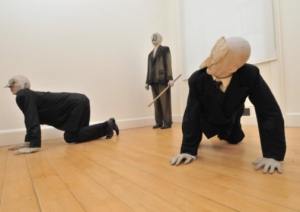 Davies has said that he wanted “to express feelings of repression and brutality, and the humiliating rituals employed by oppressors.” Scary stuff!

The other winning stories were stunning, a completely diverse mix of styles ending with the finale of the overall winner, Cat Dean’s, ‘The Doctor’ inspired by the disturbing work, ‘For the Last Time’ by John Davies. I learnt a lot just by listening to the other stories so it was a win-win evening all round.

8 thoughts on “Writing- the Ups and Downs”