Confessions of a Bookaholic

I was flattered to be asked to write a guest post on any aspect of reading for Glasgow Book Groups blog and it made me realise how much time I spend reading. Here’s my post…

My name is Helen and I’m a bookaholic. There are worse addictions to have and it’s a fairly inexpensive and harmless enough obsession. But it is a problem. The reason being that I keep buying books when I’ve still got a humongous To Be Read (TBR) pile to get through and unless I lock myself away for the next year or so, I’ll never reduce the mountainous stack of books on my bedside table. 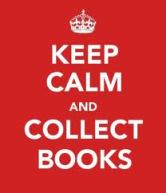 My book fetish has become even more out of control recently and I blame Twitter. I’ve been on Twitter (@HelenMacKinven) now for a year and a half and was wary of entering the murky waters of social media. But I dipped my painted toe in and once I realised that the water was not shark infested, I began to relax a bit and engage with other like-minded folk who loved books too. Many of those that I follow on Twitter write blogs on their own writing or review books. This provided me with a never-ending supply of book recommendations to feed my addiction.  I could get a quick fix within minutes on Twitter and before I could stop myself, I’d be hitting the ‘add to basket’ button on Amazon.

But what makes me chose one book over another? Obviously, taste is subjective and just because my best pal likes to read sci-fi, that doesn’t mean I’d ever consider anything with wee green men in it even although I originally come from Bonnybridge, allegedly the UFO capital of the world.  I’m not a fan of crime fiction either but I make an exception for Kate Atkinson’s Brodie series. And much as I also suffer from being a shoeaholic and have more handbags than I could ever need, I’m not interested in fluffy chick lit either. Then there’s the book every woman seemed to be talking about.  Listening to my pals, I feel as if I’m one of the few women on the planet who hasn’t read 50 Shades of Grey and I don’t ever intend to! 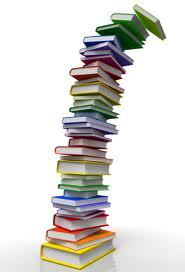 I’m also one of the few folk I know who doesn’t own a Kindle. I appreciate all the benefits but I still prefer a ‘tree’ book rather than an e-book and as an avid book festival goer, you can’t get a writer to sign a Kindle. A friend (who shall remain nameless to spare her blushes) swears by her Kindle as the best way to read erotica without anyone else knowing. It’s understandable as who would want to be seen on the train reading a bodice ripper? But I did fall victim to the old cliché of judging a book by its cover when I dismissed Me Before You by Jojo Moyes because of its girly pink cover only to later read it after numerous recommendations and found it to be a far deeper story-line than the artwork suggested.

And there are some books that I’ve been told I MUST read but haven’t enjoyed at all. I used to force myself to finish a book even when I hated it but no longer beat myself up and abandon it early on as life is too short. The most recent example was Lanark by Alasdair Gray. It may well be a classic in Scottish literature but it did nothing for me and I’m not ashamed to admit that my wee brain couldn’t cope with the deep and meaningful concepts.

As a writer of contemporary Scottish fiction aimed at female readers, I tend to choose books in the genre I aspire to be published in so I read and enjoy writers such as Janice Galloway, Jackie Kay, Anne Donovan, Laura Marney, Isla Dewar, Maggie O’Farrell to name but a few. Writers are often given the advice to write the book you’d want to read so that’s what I’m aiming to do. EL James need not worry about her status as queen of erotica!

I’m a bookaholic and proud of it. Are you? What makes you chose one book over another?

11 thoughts on “Confessions of a Bookaholic”