The Harder I Work, The Luckier I Get…

I’m a subscriber to the excellent Mslexia magazine and look forward to it dropping through the letter box every quarter. I always find something of interest but sometimes a particular article really stands out and it’s easy to kid myself on that it was written purely for my benefit.

The feature that spoke to me directly was ‘First, Stalk Your Agent…’ written by Sarah Hilary, a writer I follow on Twitter. In the piece, Sarah describes her relentless pursuit of securing representation by her ideal literary agent – Jane Gregory. The gist of it is that Sarah worked hard, really hard, to respond to feedback from Jane, to raise her profile on social media, to put herself and her work out there and she continued to write and rewrite until her efforts resulted in representation and having her debut novel, Someone Else’s Skin published in the UK, later this year in the US and the rights sold to six other countries. 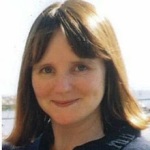 Jammy! An understandable reaction to a success story like Sarah’s except it wasn’t down to luck. Sarah feels that it was stamina that bagged her an agent and a book deal, “If we believe too much in luck, we might neglect the hard work that’s far more vital to success”.

The reason Sarah’s words appeared so personal to me was that her outlook mirrored my recent application to the Scottish Book Trust’s New Writers Award. I hate having to ‘sell’ myself in applications and although I take my writing seriously, I try not to take myself too seriously so in the opening lines of my personal statement, I’ve also considered the role of luck.

If I said that I hoped it would be a case of ‘third time lucky’ in my attempt to receive a New Writers Award, it would imply that I’m superstitious.

For the record, I do not: own a rabbit’s foot, search for four-leafed clovers, have a horseshoe nailed above my door, avoid walking under a ladder… you get the picture, ask anyone who knows me, I’m too cynical to believe in all that hocus pocus guff.

Another issue that needs clarification is that by referring to my application as ‘third time lucky’ I commit the crime of using a cliché in my writing, which would suggest that I am lazy and show a lack of originality in thinking.

Once again, it’s easy for me to refute these characteristics. Years of commitment prove, beyond doubt, that I could never be described as lazy as I’ve written three novels and if my writing is worthy of publication in Gutter literary magazine then it must be original.

So I’m unrepentant in my use of the ‘third time lucky’ phrase (here’s another cliché – ‘rules are made to be broken’) but I would never rely on luck, whether I believe in it or not, as the reason for a successful application. A recipient of a SBT award needs to be justified through hard facts.

I can demonstrate that if lazy isn’t an appropriate word to describe me, tenacious is accurate. How else could you describe someone who has relentlessly pursued their writing ambitions for almost ten years?

My application rambles on with a list of reasons why I might be considered worthy but the common denominator is determination. Since applying, like Sarah, I’ve literally put myself and my words out there and read aloud at Woo’er With Words organised by Untitled for the second time. I actually felt more nervous than my debut at the local spoken word event, mainly because the subject matter of my story was a Catholic POV on sectarianism and it contained a few ‘bad’ words which I wasn’t sure would go down well with the audience.  I lived to tell the tale and the most stressful part was knowing that Eddie, the photographer, was sitting in front of me pointing a camera upwards and would be able to capture several chins on camera.

When I read the Mslexia article, the tone of my application and attitude to achieving my dream sounded so familiar, it could’ve have been written by Sarah. It’s not easy trying to follow Sarah’s example to keep going but I live in hope that one day I’ll also be able to celebrate and share how perseverance won in the end.

How do you keep yourself motivated? Do you believe in luck making the difference between success and failure?

13 thoughts on “The Harder I Work, The Luckier I Get…”