I’m lucky to be able to work part-time which means that now that my youngest is at Strathclyde uni I’m able to fit in a trip to Glasgow each week to take him for a meal, bring him some treats and slip him some cash (an expensive outing!). Wednesday is usually the day we meet and it dawned on me that maybe I should go along to Weegie Wedneday while I was in Glasgow anyway. (For any non–Scottish readers – Weegie (n) A slang term for a person from Glasgow).

I’d ‘liked’ the Weegie Wednesday Facebook page ages ago but I’d never got round to attending any of their monthly literacy networking events. Weegie Wednesday provides an opportunity for writers, poets, publishers, booksellers, librarians, creative writing students or anyone else with an interest to get together socially to talk about books, writing and publishing.

When I read that the April event featured Liam Murray Bell and David Ross, it seemed like the perfect chance to finally get my act in gear and get myself to the venue at the Terrace Bar of the Centre of Contemporary Arts. 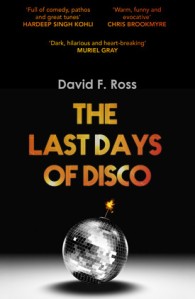 I was particularly intrigued to hear more about David’s debut novel,  The Last Days of Disco . Apart from my publisher, only 5 other folk on the planet have read my novel pre-publication and one of them is Isabel Costello, who recommended I read David’s book as it reminded her of my own novel. I haven’t read the book yet but after listening to David, I can see how it could be compared to mine. His book is set in 1982, mine in 1985, his book is about adolescence, family, music, emerging sexuality and set in a small Scottish town – my book has the same themes and backdrop. Reviews of David’s book also mention the use of humour which is a key element of my writing too so I can’t wait to read David’s book and see if these similarities match up. Sadly, I didn’t get the chance to talk to David in person at Weegie Wednesday but if his presentation was anything to go by I’m sure I’ll love his writing.

The other guest speaker was Liam Murray Bell. I attended the launch of Liam’s last book, The Busker, and it was interesting to hear him talk again, this time about how he juggles his day job as a Lecturer in Creative Writing at Stirling uni (where I did my MLitt) with his own writing.

After inputs from the guest speakers, the idea of Weegie Wednesday is to meet new folk. I’d arrived early for the event and immediately struck up a conversation with a friendly looking face, Catherine Hokin, whose debut historical novel, Blood and Roses, will be published in June. I was joined by two of my MLitt classmates, Angela and Paul, and we soon got chatting to others. I also crossed paths for the second time with Katie White, a screenwriter from Falkirk who has written an award winning film, Middle Man.

To be in the company of interesting friends, old and new, in a pub in Glasgow full of creative types isn’t a bad way to spend a Wednesday night is it? 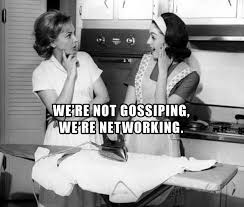