Switch Off to be Turned On 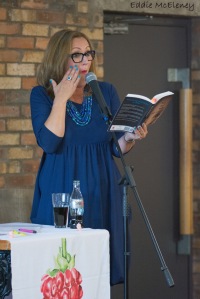 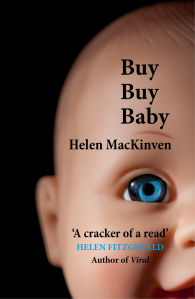 016 has been a helluva busy year for me so far. Not only did I go into business with my close friend, Anne Glennie, to start Cranachan Publishing, I also joined her educational company, The Learning Zoo, as a literary consultant delivering teacher training in the Reflective Reading programme. As if that wasn’t enough on my plate, I also launched my second novel, Buy Buy Baby.
At the promo events for Buy Buy Baby, a common question was, “What are you writing now?” The honest answer was, “Nothing”. My wee brain can only cope with so much and I didn’t have the time or energy to write and even my personal reading was suffering as I used my bedtime reading slot for submissions to Cranachan. 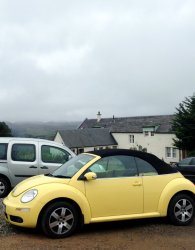 Parked up and ‘locked’ away for uninterrupted writing.

A drastic measure was required and when I read that Moniack Mhor was running an untutored retreat, I knew this was the answer. So much of my day jobs require me to be ‘on’ and operating in performance mode and active on social media. It was time for me to flick the dial to ‘off’ if I was ever going to get back to my own creative writing. 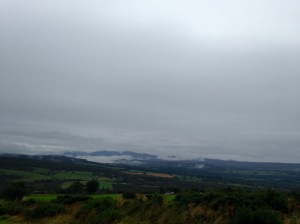 I’ve been lucky enough to go to Moniack Mhor twice in the past so I knew it was a very special place. The difference this time was that it wasn’t a course, there would be no workshops and set routine.

The freedom was good in one sense but also left scope for frittering away the week. But I’m naturally self-disciplined and I was also very aware that to be able to indulge myself in a week of uninterrupted writing is a luxury that should be respected rather than abused. I didn’t want to waste the opportunity and so before I went, I set myself a goal of reconnecting with an idea that first came to me over three years ago. 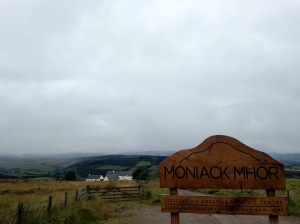 Previously, I’d made notes, done a bit of research and written a measly five thousand words but I hadn’t gone near the folder on my laptop for two years. There are lots of excuses for neglecting the idea but the main one was fear. I had no idea how to tackle the project and if I could pull it off. My aim for my week’s retreat was to dust off the folder and see if it still ‘spoke’ to me. Would the initial idea be as interesting as I once believed? Could I plan a structure for the novel so that it no longer scared me? And was it possible to add to the five thousand words? At the very least, I knew I’d come home with a steer on whether or not to develop it further or start from scratch with something new. 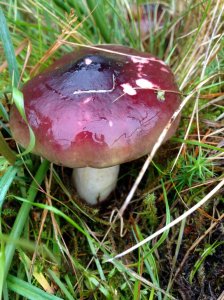 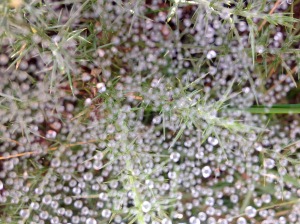 My first day was spent rereading the five thousand words, editing them and trying to reengage with the ‘voice’ again.

The good news was that I knew I still wanted to work on the idea. Day two was all about sorting out my notes and creating a framework as I needed to make sure that I had a clear idea of why I was about to commit to writing this novel. What was I trying to say and how could I best achieve this? By day three, I had a rough (very!) draft outline for the whole novel, all I needed to do now, was to actually start writing it! By the end of day four, I had added six thousand new words, created character profiles and even written a poem (not something I ever do!) that might feature in the novel.
Not only did I get stuck in to my writing, I also went for a scenic walk each day, read a book from my mountainous tbr pile and met a group of lovely people including fellow Scottish writers Zoe Venditozzi and Shane Strachan.  I came home more than happy with what I’d managed to achieve at Moniack Mhor and feel fired up and raring to go. Of course, reality will soon kick in and the demands of day jobs and life in general but I’m determined to keep the momentum going… 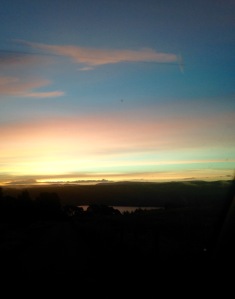 Loch Ness in the distance on my way home – refreshed and recharged.

Have you benefited from going on a writes’ retreat?

11 thoughts on “Switch Off to be Turned On”