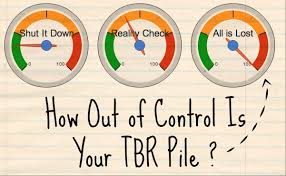 I’m an avid reader (although there’s NEVER enough time to read all the books on my tbr pile) and my taste is not restricted to any particular genre. I recently blogged about my unconscious preference for female writers and one of the comments on the post was how many books Louise Walters (a writing friend from Twitter who’s debut is well worth a read) had read in 2104 and the breakdown of male/female writers. It made me look up the back pages of my 2014 diary where for the first time ever, I’d kept a record of the books I’ve read (or started to read) in 2014. Interesting (to me anyway) there was indeed a gender bias with 15/43 on my list being male writers.

Also, a surprise to me was I hadn’t read as many books as I thought as I’d assumed that I read roughly a book a week. But when life gets in the way of reading (I might’ve read more on holiday if I’d been lying on a beach but in Switzerland & Norway I was too busy then too tired to read much) that wasn’t the case (I blame Shantaram for taking up 3 weeks of my reading life and not being worth the investment!) 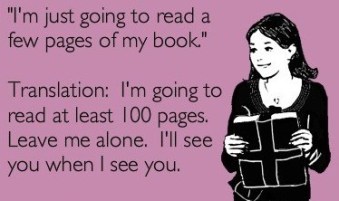 With hunners of new books released daily (not to mention all the millions of books already out there) I always find it fascinating to see each week what the folk on Twitter mention on #FridayReads. When the book choice is tweeted from someone whose opinion I respect I often seek out the book and also follow excellent review blogs such as On the Literary Sofa, The Writes of Woman and A Life in Books.

However, I’m a lover of charity shops and often can’t resist a gamble on a book for 50p. So between, Twitter, random charity shop purchases, a list of ‘must read’ books and a desire to support contemporary Scottish fiction (my thinking is that if that’s what you write, that’s what you should read) I’d say that my reading choices are quite diverse (albeit with 66% written by women) and although my gender bias might’ve been unconscious, I do deliberately vary my reading. If I’ve read something very dark, I pick something a lot lighter in tone next and if I’ve read something set in Scotland, I choose a book set in a different country to follow. 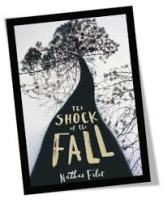 Another issue I’ve blogged about is my reluctance to write reviews but I’m happy to highlight the books which really stood out from my eclectic 2014 reading list with an * (the list is in order of reading, not ranking). If I had to pick out my favourite book of the year it would be The Shock of the Fall by Nathan Filer. They’re all worth a read for different reasons but I now apply the 50 page rule and if I haven’t engaged with the book by then, it’s off to the charity shop with it.

What was your top read of 2014? How many books did you manage to read this year? 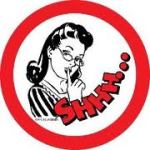 Libraries: where shhh happens! And I know better than most as I worked in a library during my years as a student. I’ve been told that I have a touch of OCD, so the Dewey Decimal System appealed to my anally retentive sense of order. And with my love of books and hobby of people watching, it was the ideal job for me (I’ve even got the ideal specs!). 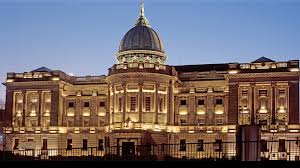 I’ve professed my love of libraries in a previous blog post to celebrate National Libraries Day and because I’m very nosey, I was keen to go on a Behind the Scenes at the Mitchell Library tour with my good friend Katy. I’ve often visited the library for events such as the Aye Write Book Festival but I’d never spent much time actually looking at the building or having any real appreciation of its history.

The Mitchell Library is one of Europe’s largest public libraries with over one million items of stock and is the hub of a city-wide information service. With its distinctive green copper dome, the building has been one of the city’s iconic landmarks since it opened in 1911 and our tour guide, Myra Paterson did a great job of bringing its story to life. It was fascinating to learn more about the library and its special collections including over 5000 items relating to Robert Burns and the Jeffrey Reference Library of rare first editions.

I wish technology made it possible for this blog post to somehow have a ‘scratch and sniff’ function for me to share the library’s most memorable impression on me. Behind closed doors, the library reeks! Ancient books have a unique smell and whilst I did notice some of my fellow tour guests inhale deeply and let out a satisfied sigh, ‘Eau de Bibliothèque’ is not a fragrance I’d like to douse myself in.

Our group also got the chance to tour the basement of the library where old newspapers and magazines are stored. The stinky minky smell that greeted us was one of dampness and decaying paper so the feeling of being in the bowels of the building was very apt. The basement has retained The Herald from its first edition but unsurprisingly, The Sun has not been kept for future generations! There’s a massive amount of reference material stored but in the digital age, I wonder how long paper copies should continue to be archived and take up an enormous area of space. 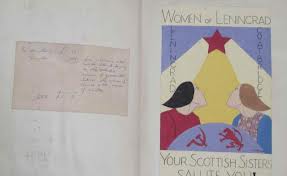 One of the advertised highlights of the tour was access to the Leningrad Album. I’d never heard of the album so not wanting to look like a complete ignoramus, I managed to lose hours on the internet  when I was sucked into an amazing story of solidarity in the face of extreme hardship and suffering.

In 1942, the women of Airdrie and Coatbridge sent an album containing over 6000 messages of support to their beleaguered counterparts in Leningrad who were besieged by fascist forces. Leningrad writers and artists responded by posting an album back to the people of Airdrie and Coatbridge but this was delivered to Glasgow in error in 1943 and is now kept in the Mitchell.

Me (bottom right-hand corner) with the group learning more about the  Leningrad Album.

Whilst it was great to see this historic artifact, an important social document, I did feel that it shouldn’t be kept in a Glaswegian library. It belongs to the people of Monklands so surely there’s an ethical obligation on Glasgow City Council to return the album to its rightful owners? I hope one day it makes its way east to its true home.

For a book lover and library geek like me, it was great way to spend a Wednesday afternoon. I’ll definitely look at the Mitchell with fresh eyes and a better appreciation of the secrets it stores on my next visit and I’d recommend touring a jewel in the crown of Scottish libraries. But just remember to bring a clothes peg for your nose!

Do you share my love of libraries? Have you also visited any landmark libraries?

What was your first reading book at school? I remember learning to read by following the painfully dull “adventures” of Dick and Dora and their pets Nip and Fluff (the reading series was created in the 50’s and bore no resemblance whatsoever to my Scottish working class childhood in the 70’s) 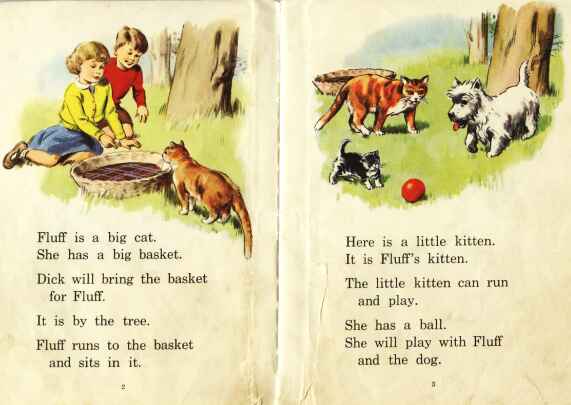 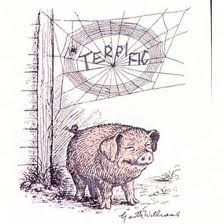 Thankfully, books became more exciting as I moved up through primary school. Back in the day, the routine was for the class teacher to read aloud from a book ten minutes before the final bell rang. I loved to listen to the latest instalment from books like Charlotte’s Web and I would board the school bus desperate to know what would happen next to Wilbur the pig.

I’ve been a voracious reader ever since my encounter with Dick and Dora and I was intrigued to see how many novels I’d read of the list of 100 Novels Everyone Should Read  in an article from The Telegraph. I smugly scanned the list and was embarrassed to find that I’d only read 10/100 (what’s your score?) I’ve never claimed to be well read but I wondered if I should feel any pressure to tick off the remaining 90 novels? Nah, I’m all for experiencing new books but every list has an inherent bias depending on the complier’s view of greatness. Life’s too short to read books just because some literary elitist declares a novel to be worthy and deemed a “classic”. I’ll stick by my own choices- intellectual or not! 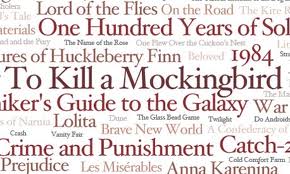 I prefer contemporary fiction and I also enjoy to see the author up close and personal at book events (most of The Telegraph’s top 100 authors are long gone). I’ve attended most of Scotland’s book festivals over the last few years so I was interested to hear from the speakers at the ‘Book Cultures, Book Events‘ conference hosted by the University of Stirling. The conference explored the pleasures that readers derive from sharing their reading experiences through ‘live’ book events. With the bankruptcy of the Borders book chain and the closure of many independent bookstores, readers are looking for new ways to share their passion for books in a social context. One example of a new outlet for books and authors to reach the public was a Book Market based on the concept of a Farmer’s Market where book lovers can access a wide range of books in an informal setting. In the past, book events have often been held in cultural buildings and some people can be intimidated by a grand location. There’s also been a tradition of ‘ladies who lunch’ making up a large proportion of the audience at book events. Not everyone has the time or money to be part of this type of book culture, so any new idea to reach readers of all ages and backgrounds has got to be a good thing- as long as Dick and Dora are not invited! 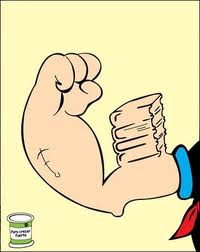