I HATE musicals with a passion. And yet, I have a fond childhood memory of watching South Pacific with my gran and the catchy lyrics of the show song, ‘Happy Talk’ being forever lodged in my brain,
“You got to have a dream, if you don’t have a dream
How you gonna have a dream come true?”
The message is simple and one that I apply to my writing. Ever since I started to take my writing seriously, my dream has always to be published (in the traditional sense).  There are many aspiring writers who will say that it’s not important for them to get published. Or so they say. They claim to write for the love of the art form, blah blah blah. Am I one of those writers? No. And I’m not ashamed to admit that being published is a key goal. It’s not the be all and end all, but for me it still matters. Will I keep writing if I don’t get published? Yes, absolutely and for many other good reasons.  But will I give up on my publishing dream?Not on your Nelly!

I wasn’t the only aspiring writer in the family sharing this dream- I had competition. My 9 year old nephew, Ryan is also a prolific writer of poems and short stories.  One of the best Christmas presents was his own reworked version of a Christmas Carol (his 7 year old brother, Frazer was the illustrator).

His current WIP is his novel, ‘The Last Dinosaur ‘and I joked that his writing would probably be published before mine.  We decided to make it a challenge. I’m a bad loser but I had to admit defeat when Ryan produced a letter saying that one of his poems is due to be published in an anthology. Is it wrong to be even a teeny weeny bit jealous? Of course it is, even for a poor loser like me, that would just be pathetic. I’m well chuffed for him but Ryan’s victory was followed by an email from my agent; one that I had feared might land in my inbox.

This time last year, my literary agent was sending out my last novel to publishers. I got some really great feedback but ultimately there was no book deal at the end of it. My agent then went on maternity leave and everything was put on hold until she returned to work at the beginning of the year. Then I got the email…
“I think at this point, very sadly, we need to draw a line under it. The business is moving fast with the rise of e-books and the continued growth of Amazon, creating less space for smaller books and generally an enforced sense of competition and that each book must stand out very robustly to the shrinking of margins and of retail display space.” 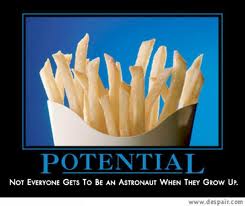 Was I gutted? Hell yeah. But the upside is that she still has faith in me and wants to see my WIP when it’s finished. In the meantime, I’m hoping Ryan will look kindly on his struggling auntie and share some of the secrets of his success. In the meantime, I need to dust myself off and keep on trying because,”You got to have a dream…”